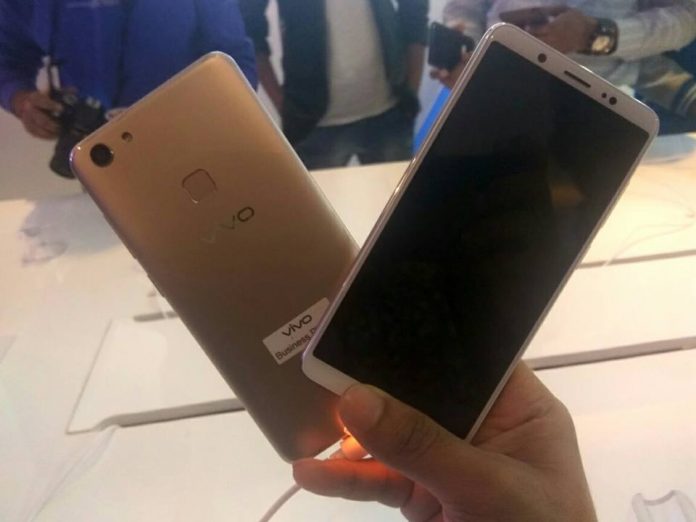 The Vivo has launched its new bezel-less smartphone Vivo V7, a smaller version of the Vivo V7+ in India .

Vivo V7, boasts of an edge-to-edge Full-Screen display along with an 18:9 aspect ratio. Along with this, the smartphone also sports a 24-megapixel selfie camera.
In terms of specifications, Vivo V7 features 5.7-inch bezel-less display and is powered by Qualcomm Snapdragon 450 Octa-core SoC. The smartphone carries a 4 GB of RAM and 32 GB internal storage, which can be expanded up to 256GB using a microSD card. 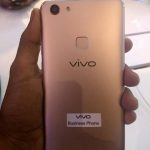 In terms of optics, the V7+ comes with a 16-megapixel primary camera and an even better 24-megapixel selfie camera. It is backed by a 3,000mAh battery.

The buyers can buy Vivo V7 exclusively on Flipkart for Rs 18,990. Flipkart will be offering various deals for the buyers of Vivo V7 like no-cost EMI’s, exchange offer and cash back to those who pre-book the phone today after the launch.Vivo V7 will be available in two colours such as Champagne Gold and Matte Black and will be available across all retail stores from November 25th, 2017 and can be prebooked on Flipkart exclusively from November 20th, 2017 onwards.

An additional 5% cashback offer is available for customers using HDFC Credit Debit cards to prebook V7. They can also avail Rs. 2000 off on exchange of their old smartphone. The V7 extends the lineage of exceptional photography and features with a 24MP selfie and 16 MP rear camera.