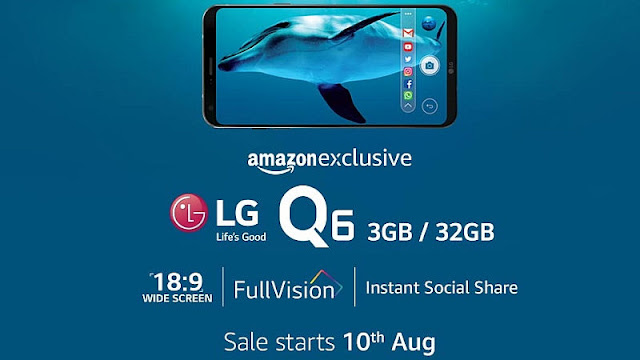 LG teased the launch of the smartphone on its twitter handle. In the teaser release, LG touted Q6’s “18:9 wide screen and Full bison display”, along with an incomplete price tag that reads: Rs 1_, 990. According to rumours, LG may price the device anywhere between Rs 16,990 to 19,990.
In terms of specifications, LG Q6 features a 5.5-inch display (2160 x 1080) with an aspect ration of 18:9, is powered by a Snapdragon 435 processor, coupled with 2GB/3GB RAM and 16GB/32GB storage option. However, as revealed in the teaser, LG will be launching the 3GB RAM with 32GB memory storage variant in India.
It packs 3000mAh battery; sports a 13MP rear sensor and a 5MP front sensor; and operates on Android 7.1 Nougat out of the box with LG’s UX 6.0 atop.