By Nitish Mishra
Share
Facebook
Twitter
Pinterest
WhatsApp
LG is ready to launch its new K Series smartphones on Wednesday in India. The company has started sending the invoice to the media with “K” letter. Which is indicating that it will launch the 2017K series. It is expected that South Korean company K3 (2017) or K4 (2017) will be in Indian Mobile World Congress, which is being held in New Delhi from September 27 to September 29.
LG announced the 2017K series in the beginning of this year, which included 4 devices. LG has already launched K8 (2017) and K10 (2017) in India. Perhaps for better competition with Chinese rivals, now the company can add budget centric phone K3 (2017) and K4 (2017) to its lineup. The LG K10 (2017) was launched in February at Rs 13,990, while the K8 (2017) was launched in August at a price of Rs 11000. 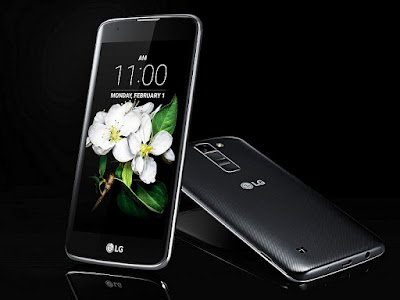 LG K3 (2017) will be the cheapest smartphone in this lineup. This phone will be with a 4.5 inch display with 854 x 480 pixels FWVGA resolution. There is a Qualcomm snapdragon 210 chipset in it. There is 1GB RAM and 8GB internal storage. It has a 5MP primary camera and a 2MP front camera. These smartphones are Android 6.0.1.
Will run on Marshmaulo. The phone’s battery is 2100mAh. On the other hand LGK4 (2017) will be with 5-inch FWVGA display and Snapdragon 210 chipset. This smartphone offers 1GB RAM and 8GB / 16GB internal storage. There is a rear and front camera of 5MP. It will run on Android 6.0.1 Marshmalko and will have a 2500mAh battery. Although there is nothing clear about the price of these devices, but for Xiomi and Motorola’s budget Android phone, they should be priced within 10000. The company can also tell about the launch of its flagship smartphone V30 in India. яндекс

Nitish Mishra
Nitish Mishra is an technology enthusiastic, aims to take Gadgets To Live further with the regular support from you readers, friends and family. He is a Geek and Tech Enthusiastic, who is committed to provide you best quality content & loves new innovations & technology.
Share
Facebook
Twitter
Pinterest
WhatsApp
Latest news
Uncategorized

So What Does Infidelity Suggest?

“She’s Dull Or Boring during intercourse”

So What Does Infidelity Suggest?

“She’s Dull Or Boring during intercourse”