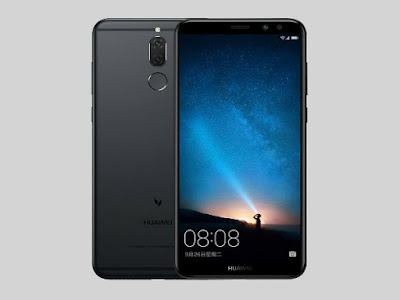 Huawei has launched their new mid-range smartphone in China, dubbed as the Huawei Maimang 6. It is powered by a Kirin 659 processor with 4GB RAM and 64GB storage.

The phone has very less bezels and an 18:9 aspect ratio. Featuring dual rear and dual front cameras, the Maimang 6 is a mid-range device announced for the Chinese market. Check Out the full specifications of the Huawei Maimang 6.

Talking About the build quality, the phone has a metal unibody design and a 5.9 inch display, the Huawei Maimang 6 in terms of optics has a dual camera setup on both the front and back. the Huawei Maimang 6 features dual cameras both at the back and front. The rear camera setup includes a 16MP primary camera with a 2MP secondary camera, accompanied by dual-tone LED flash. The front-facing camera includes 13MP primary unit with a secondary 2MP camera and a soft LED flash.It has a rear-mounted fingerprint sensor, just below the vertically placed dual rear cameras. It sports a 5.9 inch display with full HD+ resolution. It has 18:9 aspect ratio with 2.5D curved glass with minimal bezels.
In terms of hardware, the Huawei Maimang 6 comes with a Kirin 659 Octa-core processor, clocked at 2.36GHz with a Mali T830-MP2 GPU. It is complemented with 4GB RAM and 64GB onboard storage, along with up to 256GB expansion option using a microSD card.
The Huawei Maimang 6 runs on Android 7.0 Nougat with EMUI 5.1 out-of-the-box. It houses a 3,340 mAh battery and supports hybrid dual SIM (nano-SIM + nano-SIM/microSD card). It is a 4G VoLTE smartphone and features WiFi, Bluetooth 4.2, GPS, and NFC as the standard connectivity options.

The Huawei Maimang 6 has just been announced for the Chinese market for now. It is priced at 2,399 Yuan (Rs. 23,600) and will be coming in Obsidian Black, Streamer Gold and Aurora Blue colour options. It will be available for pre-orders starting today and will ship from September 30.