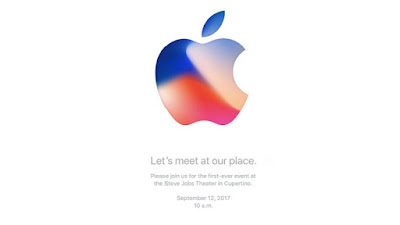 It’s official now of the launch event for Apple iPhone 8 has been scheduled for September 12.In press invites sent to media persons, the company said that it is going to organise an event on September 12 at the new Steve Jobs Theater at its new ‘spaceship’ campus in Cupertino. Apple is most likely to launch the much-awaited phone at the event.Along with iPhone 8, Apple is also expected to launch iPhone 7S and iPhone 7S Plus.
Though there is no word from Apple’s end, the company is expected to roll out the pre-booking orders from September 15 itself, with the phones expected to be made available by September 22, in sync with the California headquartered company’s traditional sales pattern.
Apple iPhone: Price and Specifications
The iPhone 8 will be Apple’s 10th-anniversary smartphone and looks set to be the first one from Apple to debut with a wireless charging technology, a curved AMOLED display and an unusual vertical dual-rear facing camera.
The phone is expected to be the most expensive iPhone ever and will be priced above Rs 70,000.
As per a report in The Inquirer, here are the rumoured specs-
– 5.8in 2.5D OLED edge-to-edge display
– New design with an ‘all-glass’ construction
– 71 x 143 x 7.4 mm dimensions
– Wireless charging support
– Apple A11 chip
– iOS 11 with improved Siri, P2P payments
– Face-scanning technology
– Vertical dual cameras on rear
– Support for LTE speeds up to 450Mbps 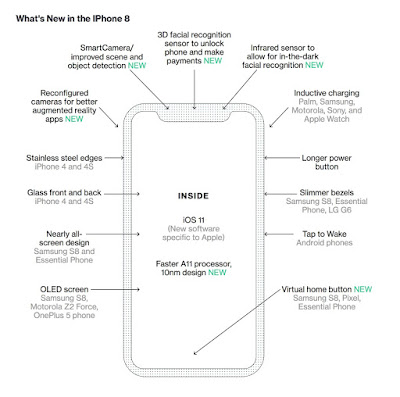